Welcome to the amazee.io November Q&A with our knowledgeable team! This month, we sat down to chat about all things open source: What it is, why it matters, and why we use it ourselves with our ZeroOps application delivery platform. Open source thinking is at the center of Lagoon’s methodology. Transparency and visibility are central to our mission, so naturally, we gravitate to talking about open source software.

Q. To someone new to open source and just learning about it, how would you describe open source software vs. proprietary?

Sophie: At the most basic level, open source software is source code that anyone can see, change, and share, because it’s all in the public domain. This means that if someone makes a big improvement or change to open-source code, anyone can see it and also work on contributing to it. This means that people around the world can benefit from one single person’s improvements - or several. Open source code is free, accessible by everyone, and operates in the spirit of collaborative improvement and community growth.

On the flip side, closed source software, or proprietary software, can only be used, copied, or changed by the owners or those licensed to make changes. In other words, you have to buy it to use it. This isn’t inherently a bad thing, and it may make sense to purchase proprietary software for certain organizational needs.

When using closed source software, you usually will agree not to make any changes to it while using it. The drawback of this can be that since you can’t fix problems yourself, you’re just waiting around for someone else to do it. Fixing bugs may take a lot longer since it’s likely that there’s just one small developer team overseeing the proprietary software. Of course, with open source, bugs are naturally going to get fixed a lot faster, since there may be hundreds or even thousands of developers monitoring for bugs and fixing them as soon as they see one.

With proprietary software, you will pay for licensing fees, integration fees, and usually vendor lock-in fees over time for support. Open source software is free to use.

Q. What are some common reasons that someone may choose open source commonly?

Basti: In general, the question is, why not choose open source? If you look at your everyday life, many things around you are powered by open source. But let me back up with a small story on how powerful open source can be. I give talks every once in a while at conferences.

My goal is to be as open as possible and include configurations and learnings. There was one conference where the turnout was minimal, the room had 200 seats, and as I was in the last session block of the conference on the last day, maybe 15-20 people were showing up - The talk went well. Still, I didn't think a lot of it, as I was a bit bummed that there were not that many attendees.

A few months later, a few friends of mine planned to visit CERN as we were able to get spots on a guided tour. So when walking up to the visitor center, we were standing there talking, and someone walked up and asked for me. I was confused because: "Who would know me at CERN?" It was one of the attendees of the talk I gave, and he personally thanked me for being that open and releasing my slides and configurations to the public so they could benefit from it. I'm still humbled by it today when I think about it.

This is a prime example of how powerful open-sourcing code and ideas are. As everyone can benefit from it. For me, using open source is more logical than using closed source tools. If something breaks, I want to tinker, look into it, and debug it.

Q. Personally, what do you like about using open source software? What is your experience with it?

Alanna: I love the community around open source. It’s collaborative by nature and requires that people work together to get things done. I started as a Drupal developer and became really involved in that community. People can get really passionate about the work, and there’s always a feeling of doing something good.

Q. Is free software just the same thing as open source? Can the terms be used interchangeably?

Toby:  No, they are very different things! Free software is software that’s given away freely, whereas open source software implies a level of transparency, collaboration, and community. Open source is free to use, but it’s much more than that - it’s about the ideologies surrounding it, and the way people collaborate and contribute to the source code for constant improvement.

Q. What are the benefits to a team or business of using open source software?

There is certainly power in numbers, and we see this in open source: The result of dozens, hundreds, or thousands of brains focused on one problem usually yields a creative new result faster than any other method of work. That’s part of what makes open source software so special - you can connect the best and the brightest minds from all over the world on one project for faster development and more effective troubleshooting.

Another huge benefit of open source that developer and product teams love is transparency. Anyone viewing the code can get full visibility into the code base. You can see exactly what you’re getting, and there are no surprises that might come with proprietary code. Open source means no lock-in risk, either. It goes without saying that open source software is cost-effective because it’s free to use.

For these key reasons, open source is becoming the new standard for organizations that are thinking about the long-term viability of their code projects.

Q. Tell us about some open source software you are familiar with, and who uses it.

Alanna: There is so much! Git, for example, is open source, and millions of developers use it every day. The open source content management system Drupal powers many of the world’s top websites, and the same is true of WordPress. Linux is an operating system that is used by many on their desktops, and some versions of Linux are used extensively for servers. Firefox, the web browser, is open source, as is Brave.

Have you ever used VLC to watch videos? How about 7zip for archiving and unzipping files? They’re open source as well! Do you have an Android phone? Android is an open-source mobile operating system! Open source software is everywhere, and most people use it every day without even knowing it.

Toby: A lot of the world’s largest and most successful businesses have also built some incredible systems to power their internal workloads that they have made available as Open Source - Netflix, Spotify, Soundcloud, Uber, Lyft, Facebook, Airbnb, and many, many more.

Q. How can open source software have better security than proprietary? That seems confusing.

Alanna: The more people who are examining and giving input to a product, the better it stands to be, right? Software is the same. Say you’re using closed source software, you have no idea what kinds of bugs or security issues lie beneath the surface. The only people with access to it are the people developing it. And that time might be small, short on time, and they can’t give you the answers you want very quickly. In fact, you may never get certain questions answered because you’re mostly in the dark. You can’t see the actual source code.

With open source software, everyone can be a part of the development team, and spot bugs and security issues quickly so they can be fixed. Would you rather have one team working on your software or a team of hundreds or thousands with wide-ranging expertise and knowledge?

The sheer number of people, teams, developers, and the immense amount of brainpower being poured into open source projects are incredible. Having all that expertise means that problems are bound to be solved more quickly, and since you can see all the source code from the very start, it’s easier to solve things too. You’re never going to be waiting around for answers. You could even solve the problems yourself.

Q. Talk to us a bit about how Lagoon being open source specifically improves user experience.

Toby: The Lagoon team (and amazee.io more widely) enjoys some incredible partnerships with our customers and users. Being an open source product allows their technical teams to better understand the inner workings. As an inherently technical demographic, our users are well-equipped to understand (and occasionally utilize) the nuances of our applications, quickly attaining a higher level of mastery.

This kind of exposure and experience is only normally possible through expensive training, consultancy, or in most cases, trial and experimentation. Having customers with high levels of mastery ensures that their user experience can be optimized, and it helps us to recognize their expertise when making requests for functionality.

I’d also be remiss in not recognizing those customers who go the extra mile and contribute improvements, fixes, updates, and viewpoints to our platforms. When we see contributions coming in, it really does provide us with a great deal of fulfillment!

Have a question for our next Q&A blog session? Message us on LinkedIn or Twitter and we’ll work it into our next one. 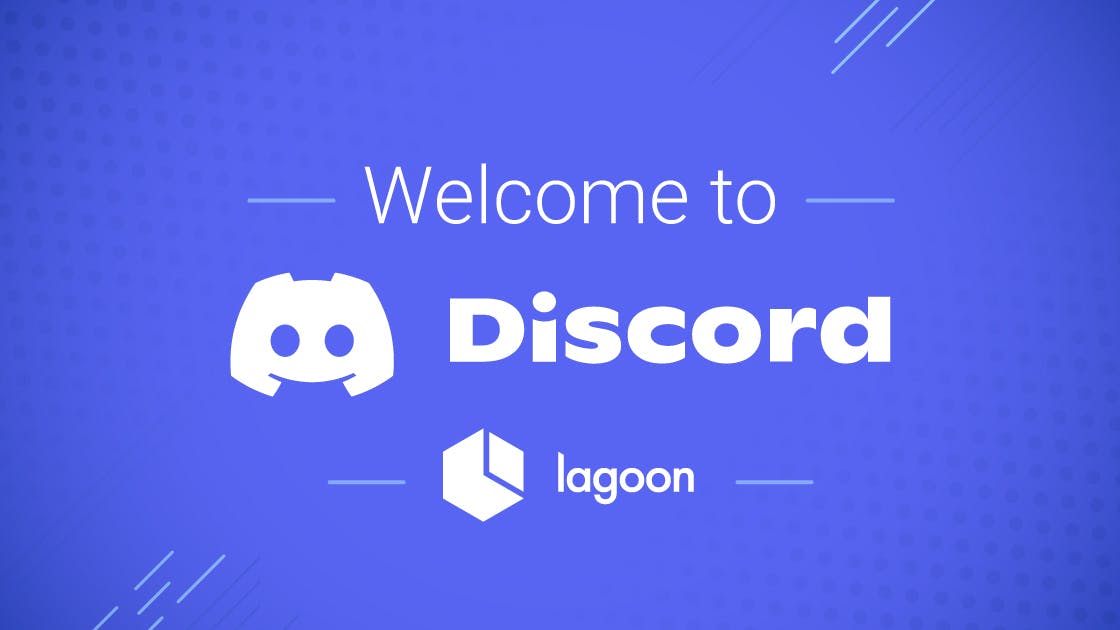 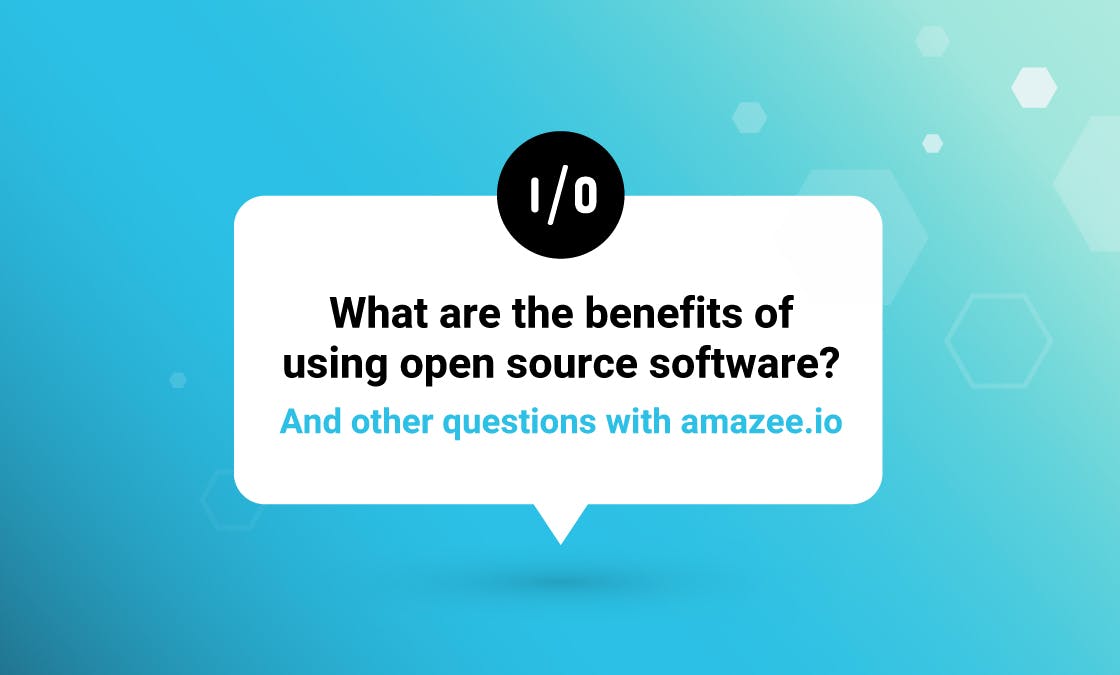 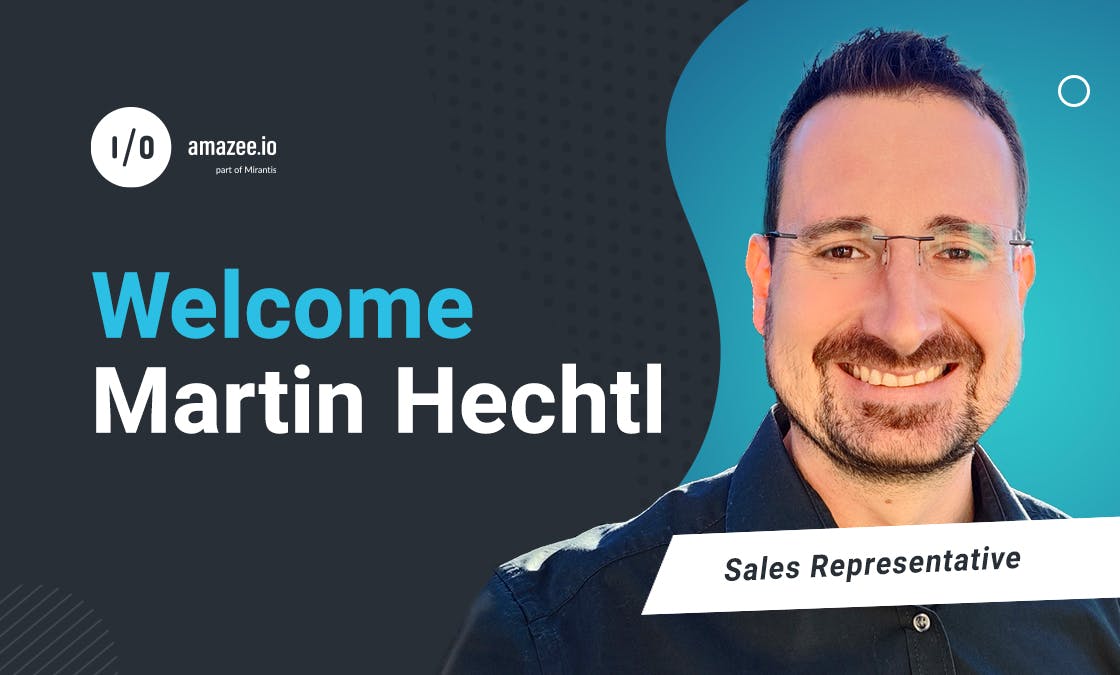